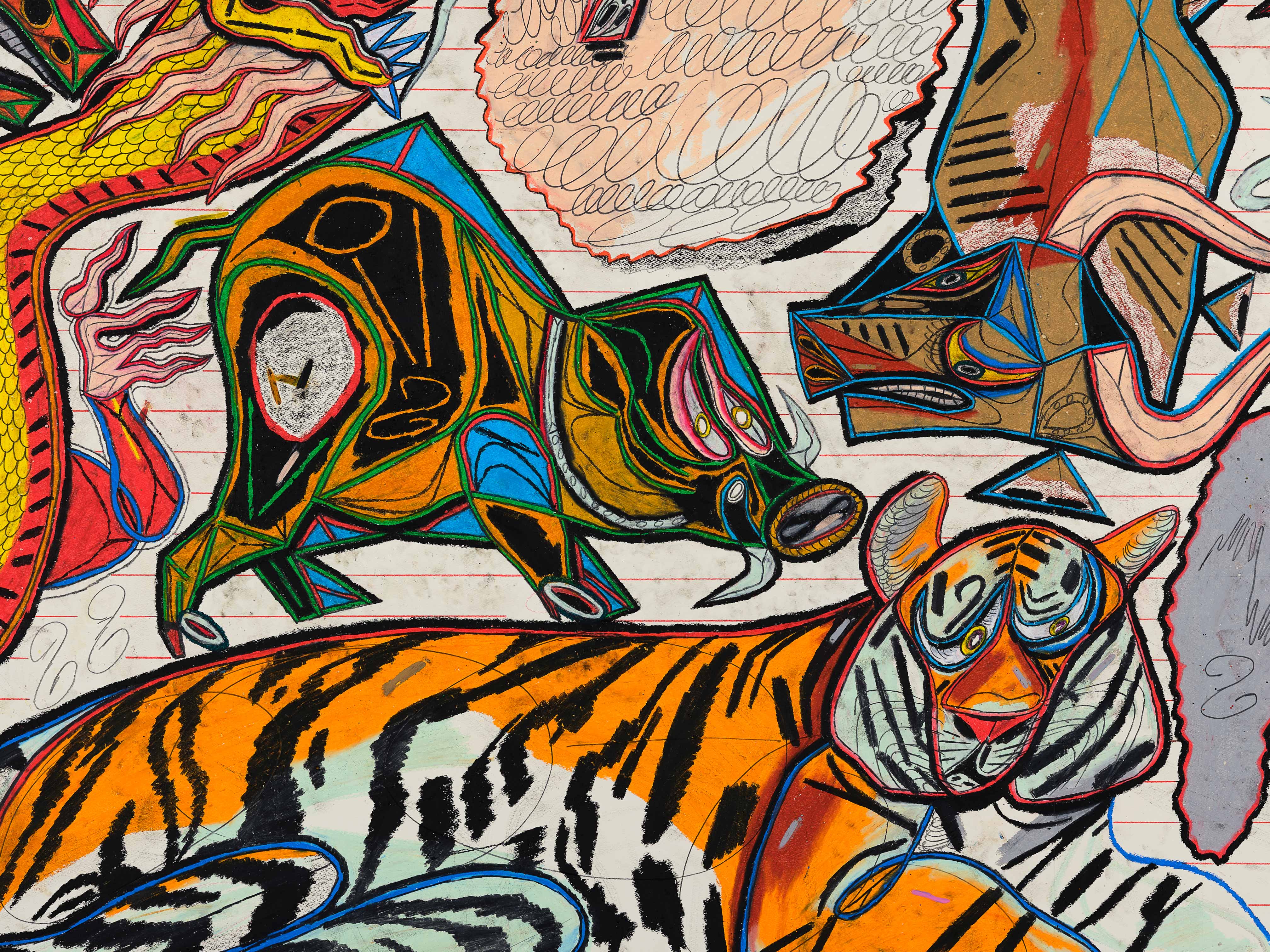 Takasaki’s radiant and playful combination of the Rat, Ox, Tiger, Rabbit, Dragon, Snake, Horse, Goat, Monkey, Rooster, Dog, and Boar for the Junishi mural is a playful representation of humankind, individual traits, and our unique personalities. The Chinese zodiac calendar was introduced in Japan around the fourth century. It was mainly employed as a way of indicating the day, month, year, time of the day, orientation in space, as well as the order in a sequence of events in a symbolical form. As there are twelve animals in the zodiac, it is referred to as juni-shi (“the twelve branches”, with juni meaning “twelve” in Japanese), as the cycle rotates every twelve years. The animal of the year changes on January first. Look and see yourself, see the person next to you, your friend, your mother, your child. This painting shows how closely entwined animals and mankind are. Our traits are reflected in them, and theirs in us. Individuals born during a particular year were said to inherit some of the personalities of that year’s animal. In case you are wondering, 2021 is the Year of the Ox! What year and animal are you?

Born 2005, 1981, 1969, 1957, 1945, 1933, 1921, 1909. People born in the year of the Rooster are deep thinkers and are always busy and devoted to their work. They always want to do more than they are able, and if they undertake a task beyond their abilities, they are disappointed. Rooster people have a habit of speaking out directly whenever they have something on their minds.