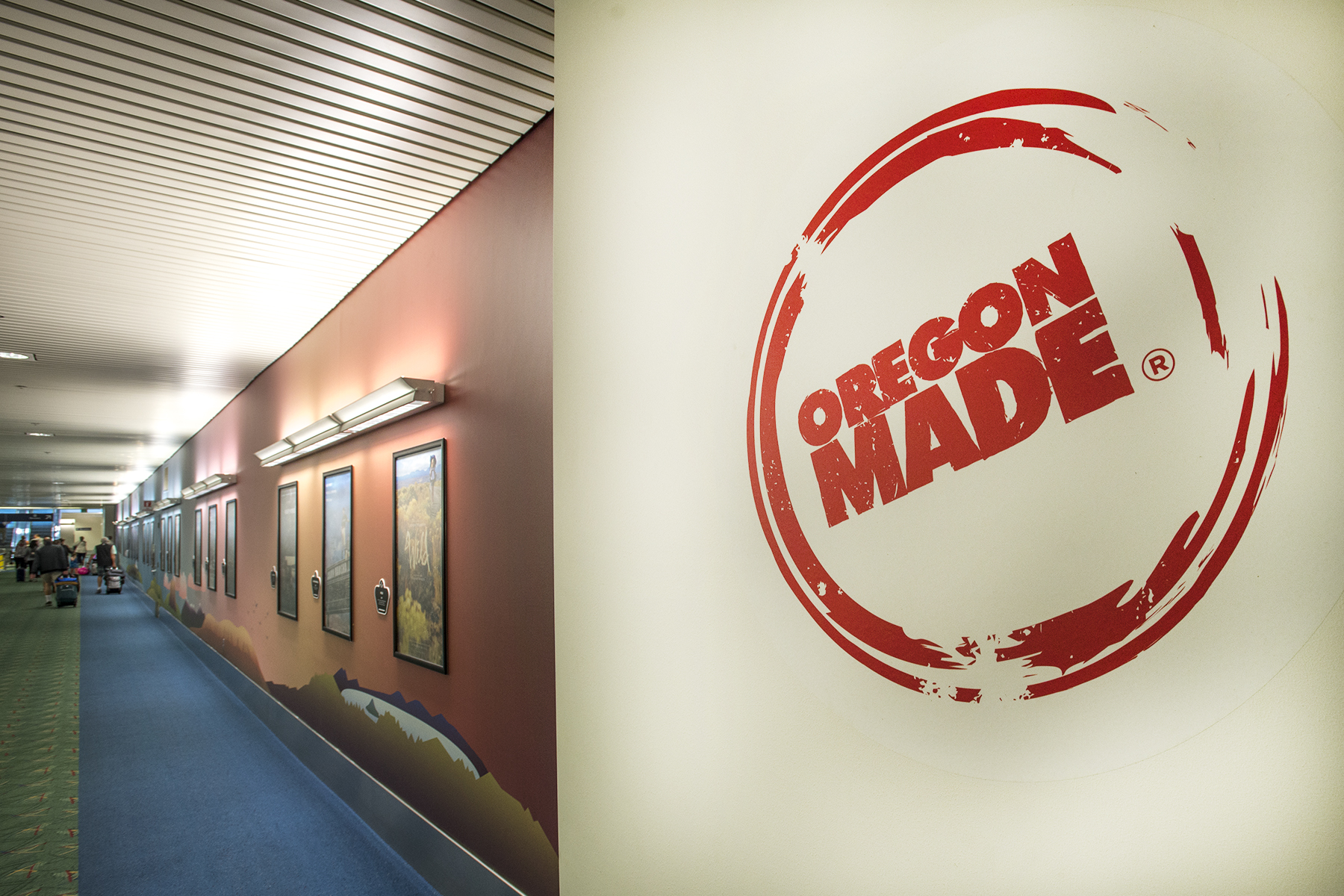 Created by The Oregon Made Creative Foundation and their partners in collaboration with the PDX Art Program, the South Tunnel mural aptly celebrates the unique and varied locations Oregon has to offer, the film projects that have called Oregon home for over 100 years, and the professional production communities that successfully partner together to make Oregon so film-friendly. Since 1909, Oregon has hosted over 450 different films and shows, all of which have utilized the state’s iconic backdrops, from the early silent-era film such as The Fisherman’s Bride – shot in Astoria, to more recent television successful television series like Grimm and Portlandia. Every year, filming locations across Oregon draw many film and television fans from near and far, creating a boom in tourism and fostering pride and ownership of the #OregonMade community and brand. This exhibition has the potential to be viewed by millions of travelers annually, some already familiar with the filming locations and #OregonMade shows, and many others who will enjoy the opportunity to simply learn more. The mural and exhibit provide impactful visual interest to PDX’s South Pedestrian Tunnel and will serve to educate and encourage Oregon to boldly continue forth as a versatile destination for film production, tourism, and resident Oregonians. This exhibition was realized through generous funding provided by The Oregon Made Creative Foundation and the following business partners:

Travel Portland– Travel Portland believes in the transformative effects of both travel and Filmmaking. We support our region’s economy by marketing the Portland area as a preferred destination for conventions and leisure travel. And we celebrate the Films that bring Portland stories to the world — and jobs to the local creative community. Talented Illustrator and Designer Darren Cools designed the incredible mural for this exhibition in collaboration with Oregon Film. Darren has been drawing and designing for a living since 2008. His independent client work includes Oregon Film, Adidas, Daimler Trucks, and Portland Metro, as well as many other small businesses. He is currently the Creative Director for a large non-profit, and likes to write in his spare time. Darren lives in St. Johns in Portland, Oregon, with his wife, three children and one cat. Darren loves to ride bicycles, run, swim, talk around campfires, and spends a lot of time reading books. www.darrencools.com